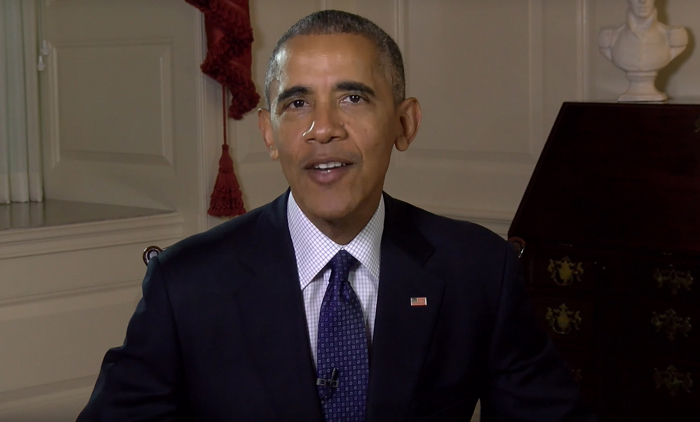 (Washington, DC) – Barack Obama endorses Judge Mike Morgan for N.C. Supreme Court.  Judge Morgan has been a judge for more than 27 years spanning three different judgeships, including five years as a North Carolina Administrative Law Judge, and a decade as a District Court Judge for Wake County. He has served as a North Carolina Superior Court Judge since 2005.

“Judge Morgan is a fair, experienced judge who is more than qualified to serve on the N.C. Supreme Court,” said Obama.  “The Supreme Court race in North Carolina is pivotal. Key issues including gerrymandering, civil rights, coal ash, school vouchers and many others have come before this court. We need judges with a track record of reviewing cases and acting in a consistent, impartial manner. Judge Mike Morgan will serve North Carolina well on the N.C. Supreme Court.”

Judge Morgan has a unique blend of veteran judicial experience in the courtroom, lengthy judicial teaching in the classroom, proven leadership in the legal and wider community and steadfast commitment to society  — experiences that eminently qualify him to be an Associate Justice of the North Carolina Supreme Court.

Public service is at Judge Morgan’s core. He has been a member of a host of professional organizations and has worked with many community-based organizations. He has worked to assist with the successful reentry of formerly-incarcerated individuals, to educate the community about domestic violence issues and to foster stronger relationships between the law enforcement community and the communities they serve.  Judge Morgan is also a member of the N.C. Equal Access to Justice Commission, the Chief Justice’s Media and the Courts Commission, and is the state’s representative on the Racial and Ethnic Bias Consortium.  In addition, he is a veteran faculty member of the National Judicial College, where he has taught and trained judges from all over the United States for the past 24 years.

Judge Morgan is a graduate of Duke University, where he obtained a Bachelor of Arts Degree in History and Sociology.  He furthered his education at North Carolina Central University School of Law, distinguishing himself by serving as student body president in his final year of law school and earning his Juris Doctorate with Honors.