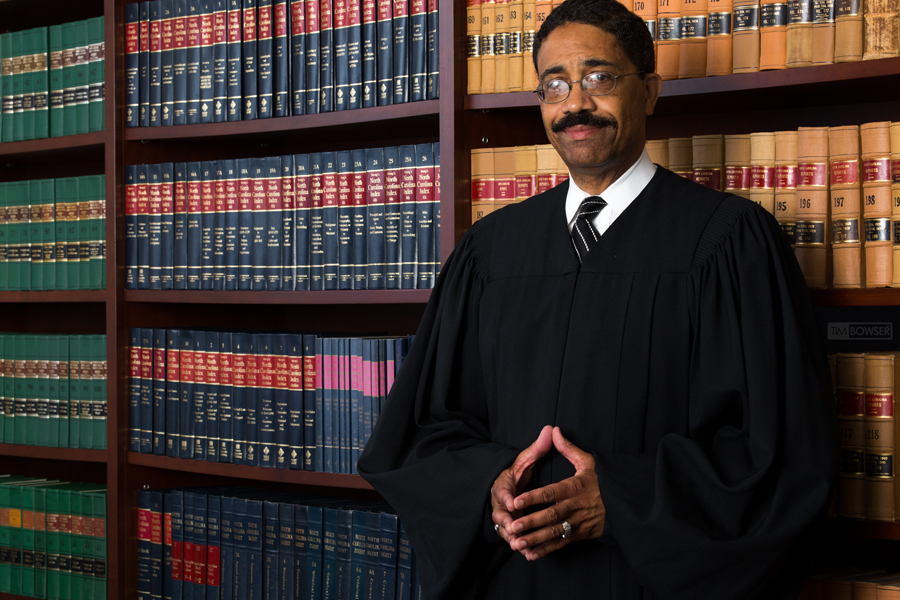 Pence is Politicizing Justice by not Pardoning an Innocent Man

By all accounts, Keith Cooper should have shed his harmful “ex-con” brand some time ago.

The Indiana Parole Board said that he should receive a full pardon. The victims of the crime and the former Elkhart County prosecutor who convicted Cooper agreed with the prosecutor, stating that he is innocent of 1996 armed robbery charges based on DNA evidence proving another shooter committed the crime.

So what’s the rub prohibiting Cooper from securing gainful employment?

Because politics has been mixed with justice by none other than Indiana Governor and Vice-Presidential candidate Mike Pence — who instead of accepting his own parole board decision, is forcing Cooper to exhaust legal options open to him, including a re-trial.

Cooper’s attorney Elliot Slosar is furious, believing Pence’s actions are nothing more than delaying tactics so Pence can push any decision about Cooper’s case until the governor is out of office.

The attorney told the Chicago Tribune, “The lack of courage displayed by Gov. Pence is shocking. Instead of using his executive power to change the life of an innocent man, Gov. Pence has decided to punt this issue to the next governor . . . ”

Attorney Slosar isn’t the only one enraged by Pence’s delay tactics. More than 100,000 people have signed an on-line petition on Cooper’s behalf.

No matter. Pence refuses to budge and his decision (he’s pardoned three people in three years; his predecessor 60 in eight years), signals concern since Pence has endorsed running mate Donald This means that politics will dictate the appointment, with all concerns about the true meaning of justice left behind like roadkill.

Of course, we’ve already seen what can happen when politics is mixed with justice at the highest level in the land, since Republican congressional leaders fractured the Court by refusing to even grant a hearing to President Obama’s choice to fill the vacancy, causing delays and just eight members to render decisions affecting millions of Americans.

So justice has already been tainted through the GOP’s actions and perhaps Pence’s actions, and that sad state of affairs is just cause to listen to a lower court judge whose wisdom on the subject may have been lost in the mess that is the presidential election.

That judge is North Carolina Superior Court Judge Michael Morgan, currently running for the state’s Supreme Court. Objecting to his campaign opponent’s tactics, Morgan, an African-American registered Democrat, told the Greenville Daily Reflector, “We are the kind of society that equates political offices and political elections with the traditional two-party system. That’s the quick, easy, read-a-book-by-its-cover kind of approach… (But) a ‘conservative’ judge has a different meaning than a ‘conservative’ politician.”

Judge Morgan thus objects to his opponent, a white Republican, depicting himself as a true conservative, arguing that he is inserting politics into the race based on Morgan’s party affiliation. “All I’ll ever say is that I’m fair and impartial,” Morgan stated.

Assessing Judge Morgan’s charges is just cause for consideration, but it is his poignant comments about the mix of justice and politics that require close scrutiny in view of Trump and Pence’s Supreme Court “conservative judge” promises.

He adds, “Judges should not legislate. The legislature makes the laws. The judiciary applies and interprets the laws.”

Through his comments, Judge Morgan also injects racial stereotypes into the equation along with justice and politics, believing that because he is African-American as well as a registered Democrat, people may assign certain political tendencies or agendas to him.

To that allegation, Morgan says, “I don’t know where they get that. They certainly don’t get it from any of my writings or rulings.”

Based on these common sense views, before continuing to promise that a “conservative judge” will be appointed to the Supreme Court if they are elected, Trump and Pence should have a good chat with Judge Morgan, who believes that politics and justice, and racial considerations, just don’t mix.

Meanwhile, Keith Cooper suffers from Governor Pence’s unwillingness to dispense justice relegated to being an “ex-con” who can’t get a meaningful job despite the justice system proclaiming he deserves his parole.