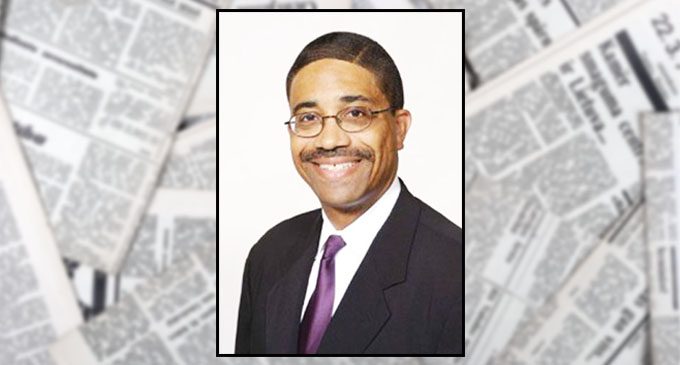 After over 26 years on the North Carolina bench, Wake Superior Court Judge Michael Morgan believes he now has the length and breath of experience to serve on the state Supreme Court.

“Certainly I’m better qualified than the incumbent who currently holds the seat,” Morgan said during a recent phone interview.

Apparently a lot of North Carolina voters agree with Judge Morgan. He was the second most popular vote-getter out of four during the June 7 special primary behind incumbent N.C. Senior Associate Justice Robert H. Edmunds Jr., thus securing a November battle.

But unseating Justice Edmunds this fall will be a tall order, especially given that the veteran jurist has the endorsement of several former Supreme Court justices, just about every sheriff in the state, Gov. Pat McCrory, and the N.C. Republican Party. In addition, the Republican-led N.C. General Assembly passed a retention law last year so that Edmunds wouldn’t originally have to face re-election. A subsequent Wake Superior Court panel ruled the retention law unconstitutional; however, the state Supreme Court (minus Edmunds) heard arguments in April for a final decision.

Until they rule, Edmunds must run. If the justices split evenly, then the Wake judicial panel’s ruling stands, and the retention law fails.

So Morgan and Edmunds will now face off for Edmunds’ seat during the Nov. 8 general election. Turnout will most likely not be an issue since there is also a divisive presidential election on the ballot, as well as races for North Carolina governor and the U.S. Senate, congressional and legislative races.

Nov. 8 promises to deliver plenty of voters to the polls. The problem could be that by the time voters go through all of the candidates in the high profile contests, they may not turn over their ballots to see the important High Court race on the other side.

That means Judge Morgan, a registered Democrat, has a lot of work to do across the state to get his name, face and history in front of voters. Judicial candidates aren’t afforded the luxuries of partisan politicians for elective office. Their allegiance is supposed to be to upholding the law, not to a party or special money interest.

Additionally, it is difficult for African-American candidates for statewide office like Morgan to win in North Carolina. N.C. Associate Justice Cheri Beasley barely won her seat in 2014, and Linda Coleman lost by a whisker when she first ran for Lieutenant Governor in 2012.

That’s why Judge Morgan is hopeful that his almost three decades on the bench at various levels of state jurisprudence – longer than Justice Edmunds – will prove to the voters in November that he is worthy of their consideration. State administrative law judge for five years; district court judge for ten years; and his current position of superior court judge for eleven years.

“Add to that that my opponent, while he has been a Supreme Court justice, and is currently in that seat, has never been a trial judge,” says Judge Morgan. ”Supreme Court justices review the courts’ records that are generated in the lower courts. They are a reviewing court to see what errors have been committed potentially in the courts below.”

A review of Justice Edmunds’ record confirms that while he has been a state and federal litigator, in addition to serving on the state Court of Appeals and Supreme Court for six-teen years, he has never been a trial judge.

If Morgan wins in November, he will be one of two African-Americans serving on the seven-member N.C. Supreme Court, but the only black male. And while Morgan is sensitive to the importance and appearance of an African-American male serving on the state’s highest court, he says it’s even more important that people look past his color and see a better qualified, fair candidate.

The stakes are high in the Morgan – Edmunds race, because the winner decides the ideological balance of power on the 4-3 conservative state High Court.

A native of Cherry Point, Mike Morgan is the oldest of five children. He graduated from New Bern public schools. Morgan received his B.A. in both history and sociology from Duke University in 1976. He earned his Juris Doctor degree with honors from North Carolina Central University in 1979. From 1983 to 1989, Morgan was an assistant state Attorney General in the N.C. Department of Justice. From 1989 to 1994, he served as a N.C. administrative law judge; from 1994 to 2004 a district court judge; and from 2005 to the present a Wake County superior court judge.

“I love what I do,” Judge Morgan says. “I feel that after this length of service, I’m due for a promotion and ready for greater service. I hope that the people of North Carolina agree that I am ready.”