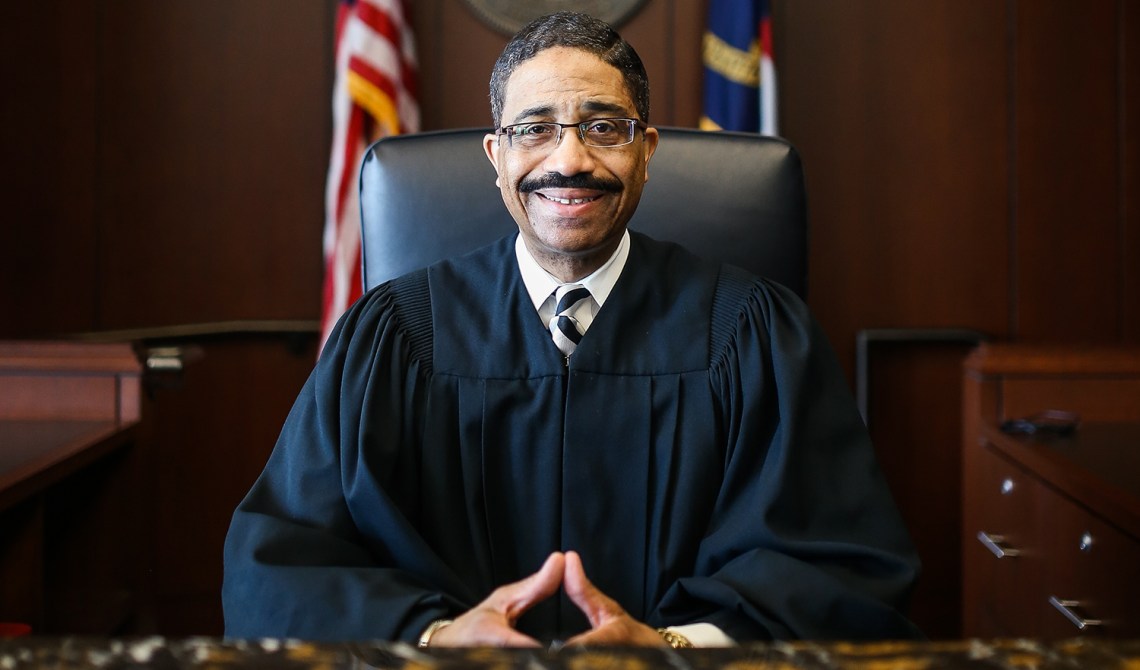 The stakes for the N.C. Supreme Court race cannot be exaggerated. If it were up to the state’s ruling party—and it almost was—we wouldn’t even be having an election for that seat. Instead, there would be a “retention election,” something lawmakers ginned up to protect Republican Justice Robert Edmunds and their 4–3 majority on the court. If voters gave him a thumbs-down, our Republican governor would’ve appointed a successor.

Edmunds, given the legal option between a retention election and a regular one, opted for retention.

But then a Superior Court panel threw out that retention law. The case went to the state Supreme Court, where, minus a recused Edmunds, the six justices split, and the lower court’s decision stuck. So here we are.

And that should tell you all you need to know about Edmunds’s principles. But there’s a bigger reason he needs to go. Twice, he’s sided with the court’s conservative majority to allow the continued use of the racially gerrymandered legislative districts.

With Edmunds on the court, the GOP maintains its unshakeable grip on power in this state—even if, in a fairer form of democracy, it wouldn’t.

As the only Republican in the Supreme Court race, Edmunds will certainly make the two-person runoff in November. Of his three opponents—two Democrats and one unaffiliated candidate in an ostenbibly nonpartisan race—we endorse Wake County Superior Court Judge Michael R. Morgan.

Morgan, a Democrat with twenty-one years of experience on the superior and district courts, is highly rated by the state bar. His career in the courts and in the classroom as a law lecturer shows an impressive dedication to his profession and the community. He’s reluctant to talk politics and has criticized Edmunds for trumpeting his own conservative cred.

Sabra J. Faires deserves an honorable mention just for filing the lawsuit that made this election possible. The politically unaffiliated Raleigh attorney says she’s running “to get politics out of our highest court.” We still prefer Morgan’s experience, but Faires definitely demonstrates a mission to serve the law, not “the agenda of a political party,” as she puts it.

The other Democrat, Daniel Robertson, is a Davie County attorney and registered Democrat who served for six years as general counsel for Bank of the Carolinas. He tells the INDY that one motivation for running is “disgust with the infusion of politics into the judiciary.” He’s also the author of the 2007 self-published book Definitive Proof: The Secret Service Murder of President John Fitzgerald Kennedy, which posits the theory in the title. (Four stars on Amazon.)